I know I should be working on my top 10 for the Sixties but Cthulhu makes it impossible to work during this time.  Every October he gets antsy, he whines, he rattles his cage, he urges me to sacrifice my dog, and it really slows my work process.  The only way I can survive October is if I watch things that just do not require me to think. So thank the Great Pumpkin for monster movies because they are just as fun to write about as they are to watch.

Film history is often simplified into eras notably The Golden Age of Hollywood between the nineteen forties and fifties, and New Hollywood in the seventies. The sixties takes place in this weird transfer between the two eras, which is bitterly called The Fall of Hollywood; but a more optimistic critic would simply call this new wave.  The reason it was called “The Fall” was because so many changes happened spontaneously that it looked like the film industry was going to crash.  At the time, television was becoming a competitor; foreign films were in vogue, and the infamous censorship codes were being replaced by the more lax MPAA rating system.  In this context, it makes sense for Hollywood executives to think that the sky was falling, but they did not have the foresight to expect the creative explosion that would occur in this decade.  It was the moment when the filmmakers began to push the idea that film is not just entertainment, but also an art form.

That being said, it is impossible for me to even talk about these films without sounding esoteric. Heck, a drinking game can be made out of the number of times the phrases “at the time” and “for its time” is used in this article, but is that not the point?  First of all, because so much of what made these films has been copied to death so it is required for me to provide context. It is not enough to just say that a film is good and a must-see, a critic must examine the themes, ideas, and subtleties in order to explain why a film is great. Like what Roger Ebert said "It's not what a movie is about, it's how it is about it." So what if these post sounds stuffier than usual, at least it shows that actual thought went into these films.

Read more »
Posted by lonely critic at 10:20 PM No comments:

I told you I was not done with this series.  This decade was definitely much harder to write about than the Oughts because this is one of my personal favorites.  The films of the forties are great because they have this sense of sophistication and wit that is very much its own and impossible to emulate.  The fifties was obviously the closest, but the subtext of paranoia and disillusionment will always be associated with that decade.

Anyway, there were two problems I had with writing about the forties.  The first problem was trying to write with some restraint.  But the other problem I had was trying to assemble ten that stand out because of the number of great films in 1940s is just staggering. So I made a compromise...

Honorable Mention: Pretty much everything.
This list is admittedly biased towards Hollywood films, but this is not because nothing good was created overseas. In fact the list could have easily been expanded to fifty and have featured films made by everyone from Ida Lupino to Roberto Rosselini to Powell and Pressburger yet still the list would feel incomplete.  But truth is that in terms of consistency, the 1940s is easily the peak of the Golden Age of Hollywood and what is more appropriate than to show the best of this period?

Read more »
Posted by lonely critic at 11:20 PM No comments:

Before I forget, congratulations to Devin Sloane whose book project Anagrin: The Escape recently reached its goal on Kickstarter meaning that it is one step closer to being published.  For more info check his blog here.
Well another month has passed and I still have not started a second Great Movies of the Decade.  I actually have two excuses as to why I have not got any work on this blog done, my best excuse is that finals week is looming, and the other one is Minecraft: Xbox 360 Edition. 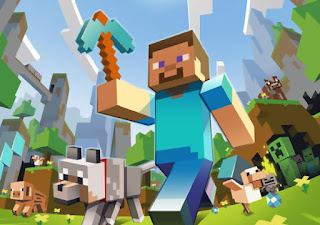 Minecraft: It's the best way to ruin your life.

Anyway, I do plan on continuing with my Decades series though at this point it will be done when it is done. But never fear, here are two reviews that wrote during the semester. The first one is about the original King Kong, which is admittedly a personal favorite of mine.  It may seem too formal for its own good, but who cares, King Kong is awesome.

As of this writing I was having a wonderful time vacationing in Orlando Florida only to have this terrible realization: I skipped March and have nothing good for April. I could blame laziness, schoolwork or the exploits of "The Man" for my hiatus but that would only make for a cheap laugh. So here are some topics and films that I found interesting but not enough devote a half of a dozen pages of text and videos out of each one.
But first a quick shout out to Devin Sloane a friend and fellow blogger of Short Stories. He just started a Kickerstarter for a book series he is working called Anagrin: The Escape. I think its going to be a badass series and that you all should check out his Kickstarter page, make a donation, read his short stories, and then read the rest of this article. Don't worry, this article can wait.

Read more »
Posted by lonely critic at 1:01 AM No comments:

Here it is, the first installment in my Ten Great Films of the Decade series. The problem I had with making the list (laziness aside) was how to find and arrange the films.  I try to be objective but lets be honest, personal preferences will always affect a top ten list.

Honorable Mention: The Dark Knight
First of all Heath Ledger’s interpretation of the Joker is the superlative character and nothing will ever change that fact. Also, the performance of Aaron Eckhart and Christopher Nolan’s skill as a director should not be ignored. The Dark Knight is like watching a grand opera, but then the fat lady trips and falls into the orchestra pit.  The third act is poorly paced, confusing and strangely enough, the absurdity of Christian Bale’s Batman voice becomes more apparent.  Batman sounds great when he is threatening crooks or talking to Commissioner Gordon (Gary Oldman) but his somber monologue near the end is unintentionally hilarious. In the end, if The Dark Knight were more consistent then, it would easily be on the list, instead I can only give it an honorable mention.
Now that my thinly veiled tirade about over-popularized blockbusters is done…

Oscar Predictions (So Much For Monday)

I blame myself for not finishing this earlier.  The thing is that I tried to create a detailed list that provides both my predictions and commentary about the race at this moment. Then I stopped to watch a marathon of Twin Peaks and forgot to finish the list. I fail. Anyway, after rushing to complete this, it is now finished more or less. My predictions for the Academy Awards are:

Best Picture Prediction: The Descendants
The Descendants- This is the safest bet for the Academy, which is weird because it is actually good.
The Artist- This should win, but I’m afraid the backlash of a silent movie winning in 2012 will scare the hell out of voters.
Hugo- The frontrunner in theory since it has the most nominations, but that will matter because the voters hate Martin Scorsese.
Midnight in Paris- It would be a surprise if this won, but a pleasant one. But seriously, these four films are so good that I do not care which one wins.
The Help- Not even southern-white guilt can save this movie.
The Tree of Life- No.
Extremely Loud & Incredibly Close- No!
War Horse- @#$% that horse!
Moneyball- As good as it was, even Brad Pitt forgot about Moneyball.
Read more »
Posted by lonely critic at 11:57 PM 2 comments:

Questions About The Academy Awards (What The @#$%)

The Academy Award nominees were announced and my God they are bugging me.  It is true that two of my personal favorites of the year were nominated but many of the choices are completely dubious.

1.  For context, The Academy Awards had a rule where voters had to nominate ten films for Best Picture. This year that rule has been changed so that voters have to nominate anywhere between five to ten films. This is why there are only nine nominees for Best Picture.  In theory this means that in a year of weak films there would be less bad films that would be nominated with a false stamp of approval. That being said, how does a critically mediocre film like Extremely Loud and Incredibly Close manage to get nominated? Does this new rule, and by extension the past rule, diminish the prestige of being a Best Picture nominee?
Read more »
Posted by lonely critic at 11:15 PM No comments:

If there is something to learn about the year 2011 it is that filmmakers are having a mid-life crisis. It is no surprise that the most frequently made films in Hollywood are based on past ideas, franchise or not, but this year had so much that nostalgia is the only defining explanation. Everything considered classic from superheroes to Hemingway has been remade, rebooted, inspired or discussed at length in dozens of film with mixed success.  Many downfalls include The Green Lantern, which relied too much on the influence of Ryan Reynolds and DC Comics that no one thought to make a good script and special effects. Then there is War Horse, where Spielberg admirably attempted to recreate a David Lean epic but uses too many of his old clichés completely straight that to study it as more than a homage would make it fall apart.  Of course not everything was bad, in terms of creativity 2011 was unexpectedly better than last year, which is weird given that everything this year was a time capsule.