It is July, so it seemed appropriate to do a sort of midseason review of 2016 by showing my favorite films of the year so far. It seems a bit silly; this list will be dated by the end of the year, but since I rarely review contemporary films this will at least encapsulate my favorite viewing experiences during the first half of the year. Even if only a few or possibly none of these films make it on my top ten, they are still worthy of being seen. 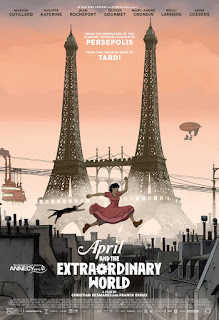 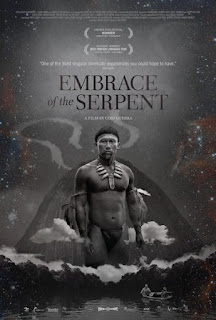 4. Embrace of the Serpent
Like Song of the Sea, this film is in that ridiculous grey zone of have two premieres in two years. Technically Embrace of the Serpent was nominated for the Foreign Language Oscar of 2015, but nobody saw this film until last March, including myself. So screw it, the film is great and it should not be pushed aside over a technicality.
Embrace of The Serpent is a hazy sprawling film that interweaves two tales of a shaman named Karamakate as he guides a different scientist during through the Amazon in search of medicine in 1909 and 1940.  Both stories are weaving dreamlike parallels of Karamakate’s struggles as a man trying to preserve his culture, even as forces beyond his control tarnish it.  Both a psychedelic riddle and a neo-realist portrait of the Amazon and its people, Embrace of The Serpent is a spellbinding, beautiful and poignant work that will haunt people for months on end. 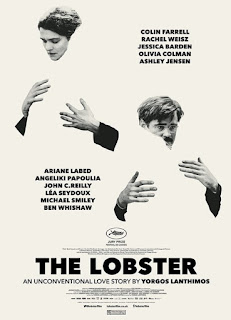 3. The Lobster
Easily the best date movie since Gone Girl. The Lobster is a satirical, surreal, dystopian romantic comedy about a divorcee named David (Colin Farrell) who is transferred to a hotel where single people must go to find mates, if they fail, then the will be turned into an animal of their choice, a delicious crustacean in his case. This film is a meticulous and brutal examination of the social anxieties found in a modern society that believes that everyone must find their soul mate on eHarmony before they turn thirty. It is like if George Orwell somehow watched The Bachelor and wrote the screenplay for Luis Buñuel, yet Lanthimos somehow proves to be more biting either artist. The Lobster is darkly funny, but it is also romantic in ways that are completely unexpected. The core of this is thanks to that beautiful chemistry of Colin Farrell and Rachel Weisz, who lighten up the oppressive setting as the evolve into one a very unique kind of romantic couple. 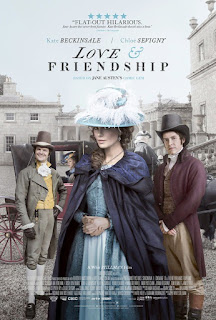 2. Love & Friendship
From a film about the anxiety for modern matchmaking to a film about the rebellious glee of old fashioned adultery and flirting. Then again, Whit Stillman has always been at making witty romantic farces. Love & Friendship is his adaptation of Jane Austen’s story Lady Susan; the titular lady is a widow, whose virtuosic ability to charm is only matched by her ability to not give a shit about who she woos. Now she is on the prowl again and not even her rich snooty relatives can stop her.  She will even find someone for her daughter if she finds the time. Lady Susan is so audacious that she is inspiring; the confidence she displays is astounding and hilarious. It helps that Kate Bekinsale proves herself more than worthy for the role, spinning these lengthy, tongue-twisting, poetically dense lines of comic dialogue and still look like she just came back from a holiday. The film also features an equally wonderful supporting cast ranging from Stephen Fry to Chloë Sevigny. However the biggest scene-stealer is definitely Tom Bennett, a relatively unknown actor who is outright hilarious as Sir James Martin, a bachelor so dim he would probably walk through a wall if a door were painted on it.  Love & Friendship is not as deep as The Lobster but it is easily the funnier of these two great comedies. 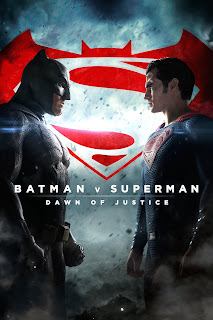 1. Just kidding, the best film of the year so far is The Witch. 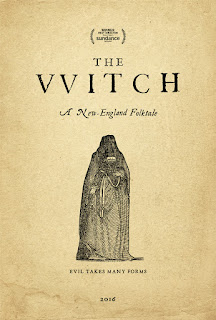 For what it is worth, both films share a similarity in how they rebuild their respective genres. The Witch forgoes the formula of traditional horror—in fact, one could count the shocking scares with one hand—in order to examine Christianity during the time of the Salem Witch Trials, which is similar to how Batman v. Superman fiddles with the super-hero formula in order examine the titular heroes as either new gods or sons of God. However, Batman v. Superman was an overly long screed with particle effects. The Witch, in contrast is a tight, concise mood piece that focuses on one Puritan family surviving in the wilderness. Shot like a haunted house film but paced like a bleak Ingmar Bergman drama, The Witch is a tragedy where trust and logic is eaten away by dogma and fear, the film perfectly encapsulates both an ugly past and the fearful attitudes of the present. The Witch is an austere, and astonishing experience that is beautiful in its complexity. It may not be the scariest film of this century but it may be the only one that matters.
Posted by lonely critic at 4:12 PM