Anime, Wait, Come Back! (this will only hurt a bit)

So way back in May I got bored and decided to spend some birthday money on something cheap on amazon.com (tag not intended).  I bought the box sets of two television shows called 'Baccano!' and 'Cowboy Bebop'.  To my surprise, my sister saw my purchases and started questioning my taste in TV.  Two things came into my mind: 1) She might be stealing my job and 2) What was wrong with watching these shows? Then it occurred to me, 'Baccano!' and 'Cowboy Bebop' are anime, apparently Japanese animation is dorky, as she thoroughly informed me.  Which was weird since I never got flak for all of the other foreign flicks I have watched and reviewed.  So out of inspiration of the subculture of anime (and fear of other peoples opinion on it) here is:

A Long #@! Defense for Anime by a Casual Fan (with links)

We have heard the horror stories, parents notice that their kids love Pokémon, so they rent an anime DVD, pop it in the player and then BOOM, blood everywhere.  This exhibits a common complex misunderstanding with American and Japanese culture. The main demographic for American animation is children and their parents, while Japanese animation has developed far beyond the kid demographic.  An anime production can target one of five demographics: children, teen boys (Shonen), men (Seinen), teen girls (Shojo), or women (Josei). Even though most shows and movies are meant to target one demographic, it is common that anime can develop mass appeal.


Style
The most common (and most ridiculous) complaint about anime today is that the eyes of the characters are out of proportioned.  “It looks unrealistic,” they say, as if the main goal of all animation was photorealism.  Funny enough, as strange as the anime eyes are, the roots of this style can be linked to Walt Disney, specifically Donald Duck.  Long story short, an illustrator named Osamu Tezuka read Carl Barks Donald Duck comics in the late 1940’s. Those characters were the inspiration for his own comic book (known as manga) character designs, then 700 stories later; he became “The Godfather of Anime”.  This may sound like a random tidbit yet it reveals a large truth about anime; the anime style is just as influenced by western culture as by eastern culture, if not more. While the Disney eyes were interesting for basic aesthetics Japanese animators could not get enough of Western culture. Whether it may be Philip K Dick, the 1930's, fairy-tales or even South Park, for better or worse, by the 1980’s anime creators’ preference have developed away from the traditional cartoon and into more ambitious ideas, perhaps too ambitious.
The most common problem with anime is that the budget of a series is punishingly small compared to one of an American series.  The one thing that American animators always had is that their characters always move fluidly and dynamically.  This is because the average budget of an American production company is #$%@ing huge!  More money means producers can hire more animators to fill in more frames per second. A Japanese studio, for whatever reason, just can’t afford to spend huge amounts of money, and that is why the animation looks limited. Nevertheless, they manage to not make their shows look like the Mr. Magoo cartoons through techniques that create the illusion of movement like dramatic angles, strong voice acting, style changes, lighting and shadow effects, and in a worst case scenario, stock footage.
Japanese animation has been an odd duck ever since the style has drifted away from their Donald Duck days, but that does not mean it was not innovative. The influence of anime on American culture is subtle; rarely does the actual style influence animators (‘Teen Titans’ and ‘The Boondocks’ are exceptions), but rather the content and themes. For example, ‘The Matrix’ is known far and wide as the film that revived both the action and sci-fi genre thanks to the Wachowski Brothers’ use of CGI, cinematography, cyberpunk themes and existential philosophies to create a refreshing and thought provoking piece. Yet, even the producers of ‘The Matrix’ admit that they borrowed elements from the film 'Ghost in the Shell'.


The Fans
Yeah, just ignore them.


Quality Control
Ok I have to vent, there is really no possible justification that the most recognizable anime are these of cash cows franchises that have gone past the 300-episode line a long time ago and still have new episodes being produced. The most popular shows like 'Dragonball Z', 'Bleach', and 'Naruto' (the bright orange ninja) have passed their prime (if they ever had one) a long time ago. Yet these are still making a ton of money... 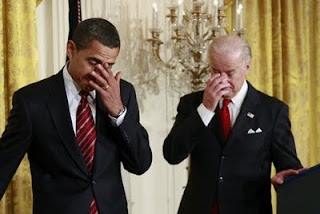 Look, it is true that great works like Star Wars can be franchised, but it does not make it better, if anything it leads to a loss of integrity (read: Prequel Trilogy). If success defined quality then ‘Avatar’ would have won the Oscar for Best Picture (yeah I went there).  Anyhow, a critically acclaimed series can be as long as 50 episodes but the best are often between 13 and 26 episodes long.  Like a mini series and British television, great anime is planned to have a proper story arc, not from creating an interesting premise and then running it into the ground, and that is the point of good television right?  It is about expanding the possibilities of storytelling by great artists through an alternative style, and there is nothing wrong with that.  And if it all still looks bad or weird remember two things: 1) Sturgeon's Law and 2) The West has made even weirder things.

Recommendations
All of these shows are available on DVD, but even better is that some of these can be watched for free. I will post links so if you are partially curious then check out the sites. Don’t worry; if you hate the show then the worst-case scenario is that you’ll not spend $25-40 on DVDs. Also, each show has an English and Japanese dub track (subtitles included), feel free to choose which one you find most suitable.
‘Cowboy Bebop’ (26 episodes)
On paper ‘Cowboy Bebop’ is an absolute mess.  It takes place in a future where Mars is a vacation spot; Tijuana is an asteroid and there are meteors constantly showering upon Earth.  The main characters include an ex-cop with a bionic arm, a Kung Fu fighting bounty hunter, a femme fatale, a girl named Edward and a Pembroke Welsh Corgi. There so many influences, references, and homages within a single episode 'Cowboy Bebop' that it is often claimed the show is a whole genre itself; yet that is half of what make 'Cowboy Bebop' so brilliant.  Whether it is jazz, space travel, samurais, Film Noir, etc. there is going at be least one thing each viewer will love about 'Cowboy Bebop'. The other half is the interplay between the collaborators, the quality of the animation, screenplays, and the music (especially the music) are outstanding and complement each other so well, it's quite breathtaking. Only two randomly selected episodes are available on hulu.com, so if you want to see the other 24 episodes you will have to buy a box set or an Netflix account.
‘Trigun’ (26 episodes)
Vash the Stampede, the worlds most feared gunslinger, is on the move, destroying everything in his path and shows no sign of stopping. Of course this is a real pain in the ass for the Bernardelli Insurance Society who decide to send two of their agents to find, and incarcerate Vash. What they find instead is an idiot wearing a red duster who could not possibly be the feared sharpshooter, or is he? Like 'Cowboy Bebop', 'Trigun' is drenched in Americana, but while the former favors a more hip trends (like jazz and gangsters) the latter is all about guns, rock, comics and oddly enough, Christianity.  Deep beneath this weird little sci-fi western is a fascinating character and moral study of turning the other cheek.  All the episodes are available Youtube and Hulu.


‘Ghost in the Shell: Stand Alone Complex’ (26 episodes)
In the year 2030, it becomes common practice to replace limbs and organs with cybernetic reproductions.  It is even possibly to replace an entire body with a realistic shell.  The only side effect is that people can hack into minds; and that is where the formidable Public Security Section 9 comes into play.  Arguably the least cartoonish show of this entire set, but not to its detriment.  In theory it was possible to create the entire series in live action but it would have looked absurd, plastic and uncanny.  The stars of the show are the directors and writers who have created some amazing television that is filled with great action and espionage. The camaraderie between the officers of Section 9 is believable and dynamic. But not least is how the writers manages to dive into the philosophical implications of an increasingly blurred line between humanity and computers seamlessly into the plot.  In short it is a brilliantly written police drama that is animated through happenstance.  'Ghost in the Shell: Stand Alone Complex' is available through streaming on Netflix, while there are two films ('Ghost in the Shell' and 'G.I.T.S 2: Innocence') that were made prior to this series, they are treated like a separate series so don't worry about continuity.


‘Baccano!’ (16 episodes)
What would happen if Quentin Tarantino made a cartoon inspired by 1930s gangsters flicks? He would probably make ‘Baccano!’, but it would not as awesome.  As the trailer reveals this a violent series and that probably should not be on this list. Yet I can not do that because of three reasons: 1)  The only thing Japanese about this series is the art style; it's quite obvious that Brain's Base (the animation studio) put a lot research into creating an accurate depiction of America in 1930-32. 2)  It's a textbook example of great nonlinear story telling. Told in a style meant to invoke a journalist scurrying through newspapers, the story defies every narrative convention without being a confusing mess. 3) It's a blast! This no holds barred action-horror-comedy-epic story will confuse, thrill, gross out, and charm the audience in its own macabre way.  If you like the works of Quentin Tarantino, Michael Mann and/or James Cagney then check it out on Youtube, Hulu or Netflix. Also, before anyone starts being a troll, the Hollywood sign was spelt as HOLLYWOODLAND until 1949.
‘Fooly Cooly’ (6 episodes)
Not even the minds of Timothy Leary, Chuck Jones and the Marx Brothers can recreate the acid trip that is ‘Fooly Cooly’.  The plot... exists but its buried over dozens of sight gags and puns that are shot at the audience like a grenadier on meth.  The animators (Studio Gainax) prove that they are insane thanks to their character designs, their love of elasticity, and habit of changing styles for no reason.  'Fooly Cooly' is also a deceptively clever show that is loaded with enough references and symbolism to make a hipster weep, but who cares about @#$%ing hipsters, no seriously who? Anyway, fans of screwy sci-fi like Lost and Inception will get kick out of trying to analyzing 'Fooly Cooly' (good luck with that by the way) but this is funny and heartwarming enough as a slapstick comedy.  'Fooly Cooly' is available through Youtube and Hulu.