Foreign Films (This is Not a Prank)


Not to sound redundant but March was a depressing month.  With the tsunami in Japan, revolution in the Middle East, and the fifth season of ‘Mad Men’ being delayed until next year, it seems like not even puppies and kittens can keep the me sane. 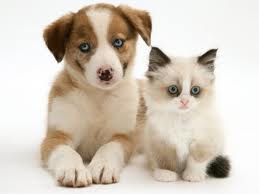 I feel nothing...
Anyway, for March I decided to take at foreign films. They may be depressing, showy, and have subtitles but that does not mean they are boring.
The Gloomy Art-House Double Feature
‘Eyes Without a Face’ (1959) (French)
Horror films have taken a lot of flak these days because of their reliance on gore, vulgarity, tits, and franchises; so basically every movie produced by ‘Platinum Dunes’ is ruining the genre.  Obviously films are a business, but no matter what genre, it is always an art form first and ‘Eyes Without a Face’ is a great example. It’s about a doctor trying to replace his daughter’s face after a horrible car accident... by stealing other ladies’ faces. That’s right, before Hitchcock scared people with the shower scene in ‘Psycho’; the French were already ripping people’s faces off.
While the gore maybe the main draw, ‘Eyes Without a Face’ is more than just Grand Guignol. ‘Eyes Without a Face’ has a poetic, fairy tale mood that evokes Edgar Allen Poe and the Brothers Grimm. The surreal tone is kept to a minimum thanks to the characters.
The characters of ‘Eyes Without a Face’, while they are very traditional for the horror genre, break the common stereotypes and reveal many tragic elements. The doctor is less a madman but a father trying to redeem himself for the accident he caused. The monster of ‘Eyes Without a Face’ is a girl, who wishes to escape from isolation, but her disfigurement causes people to scream, the audience on the other hand will realize how superficial it is to fear her.
Before reading the next entry watch this video:
Done? Now continue.
‘The Virgin Spring’ (1960) (Swedish)
Ingmar Bergman is a director who makes films that thrive on a unique conflict. First of all, his films are always beautiful, the camerawork and scenery always have an unmatched, dreamy quality.  Yet he always asks uneasy questions for topics like religion and then provides even darker answers. ‘The Virgin Spring’, while arguably his simplest film, is no exception as it looks into how people’s emotions can conflict with their religious code.
The story takes place in the medieval times where the daughter of a Christian family is raped and murdered by three goat herders in the woods. The three herdsmen try to find shelter and wind up in the house of the Christian family. The story then becomes a cat and mouse game of whether the victim’s parents discover their secret. In spite of it being less violent than ‘Eye Without a Face’, ‘The Virgin Spring’ is much more disturbing, at least in a religious and moral level.
In the end ‘The Virgin Spring’ is a great work of art, not a work of entertainment. ‘The Virgin Spring’ is gorgeous to look at yet it is very dark and unsettling. Bergman, like with the rest of his work, he does not want his audience to be entertained, but rather to reflect on how the characters react. Why do these events happen? How could these events have been prevented from happening? How much control does God really have on humanity?

Posted by lonely critic at 6:41 PM