Here are two things you should know about Akira Kurosawa. 1. His name is the third most difficult male name to spell and pronounce in the world (losing to Yngwie J. Malmsteem and Sergei Eisentein respectively) 2. He is the best director to ever come out of Japan and probably the world. Every serious filmmaker from Martin Scorsese to Francis Ford Coppola have been influenced by Kurosawa’s work, Steven Spielberg (according to Wikipedia) called him “The pictorial Shakespeare of our time.” Among the people who are under Kurosawa’s influence is George Lucas. George (for the mole-people who live under ground) is famous and infamous for creating the “Star Wars” franchise including its vile prequels and Christmas specials. 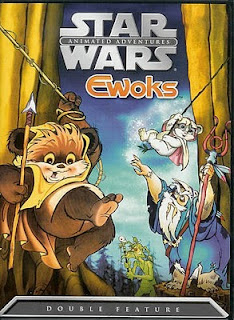 George Lucas is and I mean it with the highest respect for him, a nerd for westerns and samurai films, especially films by John Ford and Akira Kurosawa. The old west influence in “Star Wars” is fairly obvious since the landscape of the desert planet Tatooine was inspired by John Ford’s regular use of Monument Valley as the film set. Han Solo is the product of taking Clint Eastwood’s “Man with No Name” and giving him the cranky wit of John Wayne. Then are the blasters, and that saloon… where was I going this? Anyway, Akira Kurosawa influence on “Star Wars” is shown through one of his films in particular, “The Hidden Fortress”

The plot is rather basic, there are three nations, one good, one evil and one is neutral. The good nation’s princess is in hiding and needs to go to the neutral nation in order to be safe. She is smuggled through enemy territory with the help of her badass bodyguard, a shy slave girl and two unlucky shmucks. While the plot is not identical to “Star Wars” there are quite a few element that were borrowed by Lucas. While the main characters are bodyguard and the princess, the story is told through the two schmucks’ points of view, just like C-3P0 and R2-D2. There is a spear fight that resembles light saber battles not because of elaborate choreography but for how long it takes for the first strike to occur. Both the spear fight and the Vader vs Kenobi battle have a psychological tension to them that brews when the opposing are on guard and just stand there, waiting for someone to crack. Finally there is the relationship with the princess between and the bodyguard, and the use of frame wipes… now I’m starting to sound like a conspiracy theorist.

There is a fear that in for something to be original that everything as your own idea otherwise it is plagiarism, but that is not true. Of course George Lucas is not trying to be being imitative, he simply liked “The Hidden Fortress” and when he was making “Star Wars” he used borrowed ideas from the other to create unique product, that’s how inspiration works. In fact, as great as Kurosawa is, he would be a lesser director if he did not worship the director John Ford (he even wore dark glasses to emulate John). See? There is no point in arguing if any filmmaker, like Lucas, is a hack if there own influences had their own influences, otherwise every film is just a shitty rip-off of Edison’s first recordings.