After watching the psychotic’s wet dream that was “Battle Royale” I had to watch something that was simpler. Nothing Oscar worthy, any deep thought will make me want to punch kittens, just a good vs. evil adventure. I need a film that has a feeling of escapism, something epic and most of all something optimistic. But unfortunately “Star Wars” was not available on Netflix, so I went for the next best thing, but my “Raiders of the Lost Ark” DVD has a crack so I just watched “Gunga Din” instead. “Gunga Din” is a black and white adventure movie made back in the late 30’s that takes place in 1880 British India.

According the movie (because it’s based on historical “facts”) there is a growing murder cult in India known as the Thuggee. For the love their goddess Kali, they are destroying villages and strangling soldiers. So when the cult starts tampering with wire communications, it’s up to three sergeants, Cutter, Mac and Ballantine (played by Cary Grant, Victor McLaglen, and Douglas Fairbanks Jr. respectively) to find this cult. Too bad these guys are not most competent soldiers in world. Cutter would rather search for lost treasure than fight a cult. Mac really treats elephants like little kids but worst of all Ballantine is getting married… and going into the tea business. And to the horror of his companions, Ballatine’s fiancé is visiting their base. 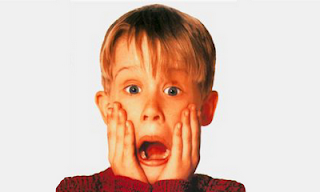 So then there is this large subplot about Cutter and Mac trying to make Ballantine reenlist in the army again. While Mac tries to convince him through words, Cutter goes for the less sane route. Cutter spikes the punch with elephant medicine at Ballatine’s party, which nearly puts one sergeant into a coma and instantly kills a bouquet of flowers. He also tries to convince both them to on one last temple raid together, but unfortunately the person who wants to go is their water carrier Gunga Din who… I better stop before I spoil the ending.

The film is really entertaining action movie in a surprisingly restraint manner. The mood of the film is always somewhere between positive and goofy. The camera moves smoothly through each battle scene. Actually for those use to watching stuff like “Rambo” or “Band of Brothers” to tears by the film’s relaxed pacing and political incorrect depictions of war and India. As fun as “Gunga Din” is, it is difficult to recommend it because the Indian people in the film were not actually Indian. They were mostly Italian actors in brown makeup.

Posted by lonely critic at 5:37 PM