The Avengers (because I forgot to watch a movie)

Two year ago the film” Iron Man” and “The Incredible Hulk” played in movie theaters everywhere. They were fun to watch but what was interesting was at the end of the credits. After the credits, there is a small scene that involves S.H.I.E.L.D and The Avenger Initiative. It implies that there will be an Avengers film, which also means Captian America and Thor movies. While this is a nerdgasm for comic book fans, there are (3) people who are skeptical...

Captain America, Iron Man, Thor, and The Hulk are the Avengers. A team of superheroes that go around the world to beat the living $#!% out of every villain (within the Marvel Universe) who is dumb enough to build a death ray.

Why is it a good idea?

Because the only thing more patriotic than Captain America tea bagging the Nazis is The Hulk breaking their legs so that they can’t escape from Captain America’s wrath. Joss Whedon is a master of creating high quality science fiction (see Firefly and Buffy the Vampire Slayer for more details) and screenplays that have sharp dialogue. Edward Norton was great as Bruce Banner (Hulk’s true identity) and Robert Downey Jr. has proven many times over that he is the best actor ever. 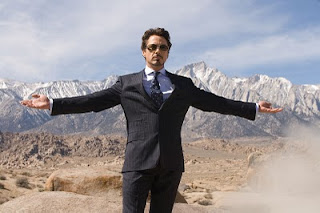 "Who wants to touch me?"

Since every Marvel character lives within the same universe, then could lead to installments with the X-men or Spiderman. Hell it could even to a mini-series inspired by the Civil War comic series. Seriously, Nerdgasm!

Why it is a bad idea?

Four words: Sensory Overload. The flaw of many of the bad superhero movies (i.e. “Spiderman 3” and every “Fantastic 4” movie) is that there too many characters, effects, subplots, and/or just too long. Also in the age of the serious hero, how can any filmmaker give each of these four heroes a balanced character arc? The answer is it’s not possible not matter how many rewrites are done on the script some characters will be one-dimensional. Then there are all of these supporting characters that have their own back-stories. In the end it will be a seizure of colorful explosions and spandex without a plot.

While there is a fear that "The Avengers" will become ridiculous, oh wait it already is. I mean come on, since when was there not a over-the-top superhero movie... "Batman"? Really? He is dressed like a freaking winged rodent that eats bugs and has shitty eyesight. 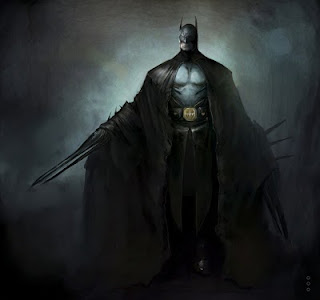 Seriously, you look like an album cover to a bad Black Sabbath record.

Anyway, what makes these comics great that they throw realism out the window for the sake of a great story and characters. And since these filmmakers are trying to cautiously create this huge Universe just create an Avengers film, it shows that they really want to make high-quality product. Even if the premise is more like a 8th grade boy's dream, it will best dream since I teamed up with Mr. T and Natalie Portman to saved the world from giant ants that were spreading cancer. 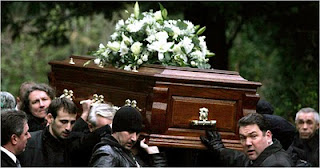 Posted by lonely critic at 8:25 PM